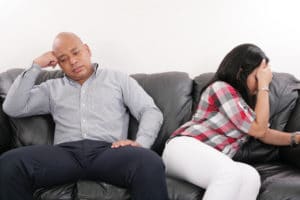 Focus Is On The Person Rather Than Behavior/Event

A criticism is different because it focuses more on the integrity or character of the partner. “Why are you so stupid? You are always so lazy!” Gottman refers to conversations that begin with criticism as “harsh start-ups” and often contain the cognitive distortion over-generalization words, “you always” or “you never.” The most used statement that often turns a complaint into a criticism is, “What is wrong with you?”

If you are recognizing many of your own patters of criticism or that your spouse often turns complaints into personal criticism of you, then please contact our center to meet with a marriage counselor to save your marriage. This first marriage killer is very common in couples but when it becomes common, then the research shows the marriage to be in trouble and opens the door to more damaging horseman.