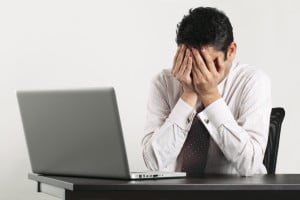 There are many different opinions and views about sexual addiction. As a Certified Sex Addiction Therapist (CSAT), I have been treating men that struggle with sexual compulsive behaviors for over 15 years. I tell my clients in the first session that the real issue is not the need for more sex but rather a desire for safe connection.

It is important to understand that addiction is a “solution” to pain, past trauma, and anxiety of potential further hurt – addiction literally becomes a coping mechanism.  If somebody starts doing something to cope, and if they do it long enough, the body adjusts to the point that it needs that level of activity just in order to feel balanced.

A person who struggles with compulsive sexual behavior is living in an imaginary, self-created world that avoids the possibility of experiencing rejection or the risk of pain that a real relationship can offer.  It is a person’s attempt to avoid the pain often caused by real intimacy.  He is essentially creating a pseudo-relationship with someone/something that can be controlled and manipulated; such as a picture, a video, or an affair. There is no risk of abandonment, rejection, or neglect since it is not a real relationship.

The main issue of sexual addiction is not the need for more sex, rather, it is to control and avoid relationship (attachment) pain.  This is like how an alcoholic or drug addict uses alcohol or drugs to avoid their pain.

Compares To Other Addictions

Similar to the old belief about alcoholism as a moral issue, recent research studies have shown “that it is a primary, chronic disease of brain reward, motivation, memory, and related circuitry, with manifestations along biological, psychological, social, and spiritual domains.” (Phillips: Sex Addiction as a Disease: Evidence for Assessment, Diagnosis, and Response to Critics).

The ASAM definition describes five characteristics that are known as the ABCDE of the disease:

A. Inability to consistently Abstain

B. Impairment in Behavioral control

C. Craving or increased hunger for drugs or rewarding experiences

As explained by Dr. Gabor Mate (2010, p. 246), “Addiction can never truly replace the life needs they temporarily displace. The false needs they serve, no matter how often they are gratified, cannot leave us fulfilled. The brain can never, as it were, feel that it has had enough, that it can relax and get on with other essential business. It’s as if after a full meal you were left starving and had to immediately turn your efforts to procuring food again. In a person with addictive behaviors, the orbito-frontal cortex and its associated neurological systems have been tricked since childhood onward into valuing false wants above real needs-hence the desperation of the behavioral addict, the urgency to have that want answered immediately, as if it really were an essential requirement” (Mate, 2010, p. 246).

The debate over whether sex addiction actually exists may go the way of the past beliefs about the debate of alcoholism as a a new study that looks into the brains of those with compulsive sexual behaviors. Researchers at the University of Cambridge used functional magnetic resonance imaging (fMRI) brain scans to compare the brain activity of 19 people with compulsive sexual behaviors to that of the same number of healthy subjects while both groups watched pornography.

The study discovered that the brains of those with the compulsive sexual behaviors “lit up” in a different way from those without such compulsions. The research found that “the patterns of brain activation in these people mirrored those seen in the brains of drug addicts when they were exposed to drugs. Moreover, the three particular regions that lit up more in sex addicts’ brains – the ventral striatum, dorsal anterior cingulate and amygdala – are regions known to be involved in reward, motivation and craving.”

The research confirmed that the individuals were suffering and experienced negative on their ability to control their behaviors. Their findings found “an uncontrollable obsession with sexual thoughts, feelings or actions. Those who experience it often deal with feelings of shame and guilt, and treatment options are limited.”

“I think [ours is] a study that can help people understand that this is a real pathology, this is a real disorder, so people will not dismiss compulsive sexual behavior as something moralistic,” Voon said. “This is not different from how pathologic gambling and substance addiction were viewed several years ago.”

I recognize that sexual addiction causes real hurt, pain, desperation, and feelings of hopelessness. No matter what it is called, individuals caught up in it are seeking help and I want to help. If you are reading this blog article and recognize you need help, call my office today at 512-856-6360 or fill out our contact form (click here for our contact form) and I will call you within 24-hours to setup a time to meet.